For those who don’t know Shane Mays, he is a pretty good kid. Shane has a very laid back personality, very smart and quick-witted. He is pretty funny and has a sarcastic sense of humor. Shane likes to hang out with his friends and play tennis. He is very creative with his drawings and his #1 passion is making music (making beats). He is not a troublemaker, has no criminal background and he is not the type of person to fight. Shane can be stubborn and hard-headed at times, and not short of pulling shenanigans. A typical 19-year old in that respect. Shane has always been a very respectful person and has always been compassionate to any person he meets.

“I saw him as very quiet, around me, distant, very intelligent, talented, and had buried his feelings, his hurts and pains of life. But, I never heard him complain. Loved to eat and play his games and guitar. A sweet kid who was and are as many lost in those young years. A good kid for sure.” – Roberta Cohalla

“Shane and I knew each other in high school through his best friend Matt. Though I didn’t know much of Shane I always saw him as a chill laid back dude. Since this horrible tragedy and with him wrongfully being in jail I’ve connected with Shane on a level I knew knew was possible, we both agree we have such a strong connection, and with connection I saw Shane for what he really is, a sweet compassionate guy who just wants a shot at life to live for the better especially with 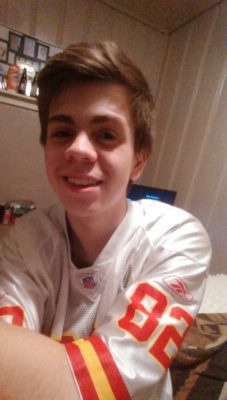 his momma. It’s hard to describe Shane as he is just so special and unique, I don’t really think there is a word for it, haha. Every time we talk on the phone, every time I receive letters from him it makes my day and puts a smile on my face, I guess what I am trying to say is Shane is the realest, most down to earth person I know and I will forever be in support of him, even after this nightmare is over. <3″ – Dana O’Dell

“I’m with that Dana! I didn’t know Shane AT ALL before this though. I’ve been a supporter since the very beginning but one day I decided to write him a letter and we’ve been writing letters and having visitions once a week ever since then. Shane has a big heart. He’s not shy LOL and he is hilarious. His personality is something I’ve never known before! We just clicked instantly and I have a feeling we will be good friends for a long time. I’m no longer JUST a supporter, I’m a friend and I look at him that way as well. Being behind bars doesn’t change a thing 🙂 He deserves so much more than what he is getting right now and he will get justice. <3” – Clorrisa Brown

You may have missed…